Kevin Bailey is a mindset coach and the co-founder of Dream Fuel, a mindset coaching practice for executives and athletes who want to go from good to elite in what they do. Kevin prides himself on empowering execs and AEs to ...

Annie P. Ruggles On Her Adventure In Selling The Non-Sleezy Way

Warning: There is an explicit tag on this episode. You've been warned. 😊 Annie P. Ruggles is the founder of the Non-Sleezy Sales …

Guy Kawasaki On Being An Entrepreneur And Evangelist (Apple + Beyond)

Guy Kawasaki is best known for being the evangelist for Apple, Inc. But there is so much more to Guy. He was born in Hawaii and e…

Brian Fanzo On Doing Keynote Speaking As An Entrepreneur

Reid Moncada On How Adversity Turned Into Entrepreneurship

Reid Moncada has been through a lot in his 23 years on this planet. In high school, he faced immense adversity when his father lo…

Mike Simmons is a sales coach, speaker, consultant and advisor. He is based in the Phoenix, Arizona area where he helps companies…

Mara Rada On What's In A Name

Originally from Romania, Mara Rada now calls Canada home. She helps founders and startups figure out the right name for their bus…

Tom Burton is the co-founder and COO of LeadSmart Techologies , a visual CRM tool, and the author of The Revenue Zone . Tom has b…

[Rerun From The Vault] How Sangram Flipped The Funnel

Sangram is a entrepreneur through and through, he along with his co-founder of Terminus, developed the concept of Account-Based M…

Annie P. Ruggles On Her Adventure In Selling The Non-Sleezy Way

Warning: There is an explicit tag on this episode. You've been warned. 😊 Annie P. Ruggles is the founder of the Non-Sleezy Sales …

Sign up to get updates from this podcast and additional weekly marketing insights.

Email has been submitted. 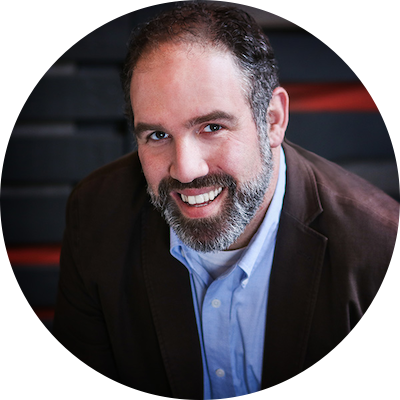 Seth is a former journalist turned digital marketer. He started his own agency in 2008 at the start of the banking crisis. Great timing, right?

In 2010, after being a consumer of podcasts since 2005-ish, Seth ventured into doing his own podcasts. He started with Addicted to social media that eventually morphed into Social Media Addicts. Both of these shows have been of the web for a few years now.

Currently, in addition to Goldstein Media, Seth's agency, he hosts two podcasts: Digital Marketing Dive and this one. He also has a weekly newsletter called Marketing Junto.

To say he's busy is an understatement, but he enjoys every minute (well for the most part).